Dr. Belaynesh Yifru Mulugeta, from Ethiopia, studied for the 2006-07 Masters in Global Health at Trinty College Dublin, supported by Irish Aid. We found out how things have gone since her return and how her studies have helped shape her subsequent career. 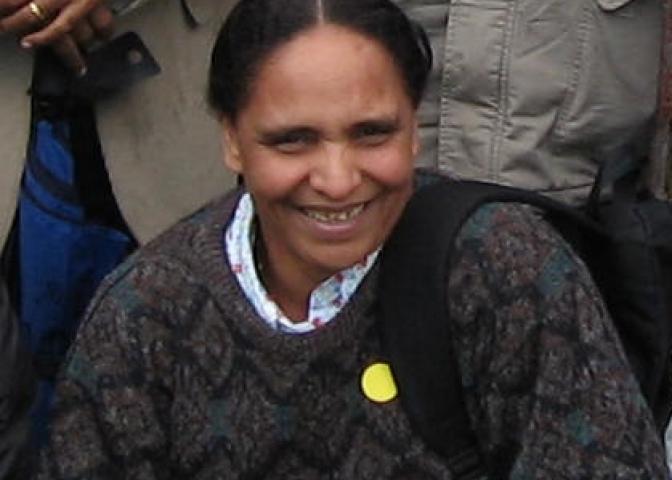 Before I came to Ireland on the fellowship in 2006, I had been appointed as a Nutrition Unite Team Leader in the Family Health Department of the Federal Ministry of Health (FMOH). My duties were coordinating all nutrition programs of the country (development and emergency nutrition programmes.) Prior to that, I was working as a clinician in Black Lion Hospital, which is a referal and teaching hospital. I needed more knowledge on public health and the Ministry was building the capacity of employees in this area so I applied to get the Irish Aid scholarship and was successful.

When I arrived, ICOS were well organised in settling students and I started the course in September. At first it was difficult to understand the Irish accent. Later on, I got used to it and I had a good time in my stay in Ireland, both academically and socially. I will never forget the people of Ireland. When you are asking them for a location they will show you if they know it - or if they don’t know it they will go with you until you find it or until they will find someone who knows the location! This was very impressive.

In terms of what I gained from the course, I was from a clinic and was new to public health so the knowledge helped me to manage and implement the programme properly. After finishing my studies I returned home to my Team Leader role and was leading the development of the National Nutrition Strategy and the National Nutrition Program. The strategy and the program were launched by the government of Ethiopia for the first time. Two years later, in 2009, I became country coordinator for USAID’s Infant and Young Child Nutrition project and my role was to implement the planned nutrition activities in the project areas. We were working with agriculture sector through the Urban Garden Project and I developed a training manual for the agriculture extension work to link nutrition with the sector. I was also working with the FMOH at health facilities where I developed a training manual for health workers and developed counselling tools. I was providing training for agriculture workers, health workers and mother support group leaders.

Working at national level, I have incorporated nutrition in the HSDP IV, which is a five year Ministry of Health plan. I think this is a success for me. Nutrition was a cross-cutting theme in the last three health sector development programmes. My college research paper focused on the factors influencing salt iodization in Ethiopia [a measure to remedy an easily preventable nutritional deficiency], which took us a long time. I shared the results with the heads which allowed us to see some of the factors. Now we are iodizing salt in Ethiopia with the commitment of the government and other stakeholders.

For the past year, I have been working as Senior Health and Nutrition Advisor with the ENGINE Project of Save the Children International, a technical assistance project working with the health and agriculture sectors to improve the nutritional status of mothers and children under two. Looking to the future, my hope is to see stunting and other nutritional problems reduced and to see healthy and happy children.

Belaynesh was interviewed in 2012.