Rashid Sesay is one of a small number of candidates from Sierra Leone to receive an Irish Aid fellowship. We asked him about his studies in 2001-2, his subsequent career and the news that Sierra Leone will now benefit from further Irish Aid support and fellowships. 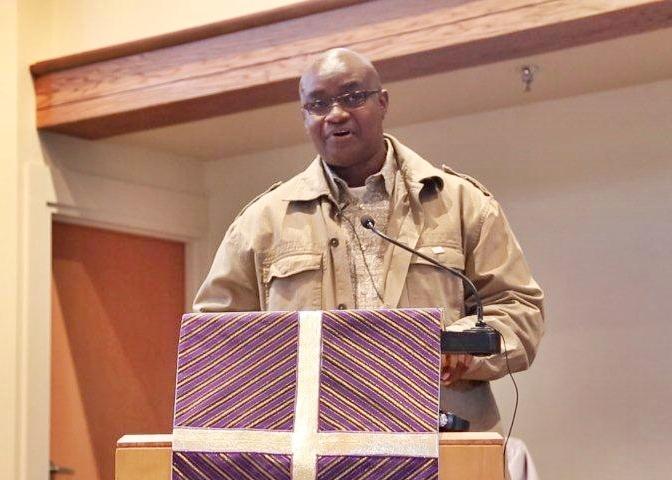 I was very pleased to be able to do the MA in Development at UCD - it was a dream to be able to focus my studies on development. One module that has stayed with me and that is particularly useful up to this moment was on ‘Project Appraisal, Design, Implementation and Monitoring’ - it’s part of all I have been doing since that time.

After working at policy level in the Development Assistance co-ordination office, I became Country Co-ordinator for Heifer International in 2008. It was a new programme in Sierra Leone and an opportunity for me to look at something else, closer to the grassroots people in rural areas. When I started initially from college, as Project Officer with Association for Rural Development, I was working in the field and this switch took me back to the field - I like that part. Heifer is a US-based international NGO whose work takes in 12 countries in Africa, and also includes the Asia/South Pacific region, Central and Eastern Europe and the Americas. Our mission is to end hunger, poverty and to care for the earth. We do that through livestock - heifer itself means female, two-year old cattle. We provide a lot of training to smallholder farmers who are engaged in livestock management and place animals in communities where they’re not available.

In Sierra Leone, the livestock sector was seriously affected during the war so when we started there, one of our major tasks was to replenish the population by placing small ruminants in the communities. The most important principle is that when you receive an animal you have to pass on the offspring of to another member of your community - as well as the skills and knowledge you received from Heifer. Within one or two years a whole community can benefit. Our work goes toward improvement of incomes, nutrition, women’s empowerment, the environment and building social capital.

Since September of last year, I have been in the role of Regional Director. I’m covering Sierra Leone, Ghana, Senegal, Cameroon and have a new responsibility of opening up in the Sahel that may involve working also in Niger and Mali, depending on the security situation there. I work with the country directors to see how we could develop programmes and also with donors, identifying funding opportunities, helping develop proposals that will address needs within the region.

Every day my work has something to do with what I learnt in UCD. From my time in Ireland, my strongest memories are the rain, the green scenery and the people themselves. I stayed with a host family in Templeogue so travelling to UCD Belfield was quite a distance and I had to change buses. I recall one particular moment when I was so exhausted coming back from campus that I slept in the bus - but the female driver knew my stop and called me when we got there ‘Gentleman, this is your stop!’ The Irish were very nice people, always willing to help. I’m really hoping to visit Ireland again some day; I’d like to reawaken the contacts - they’re very precious for me.

When I heard that Sierra Leone had become an Irish Aid priority country, it was welcome news and something I had been looking forward to. All the indicators show the need for support to my country in coming back from war. It can make a big impact. Ireland’s success has mostly been due to capacity development, a high literacy and skill level. Three or four other colleagues have come back from scholarships there and are doing well. Fellowships mean that we can make more contribution to development, not just of Sierra Leone but the region and maybe even globally.

Rashid was interviewed in 2013.