Agnes completed an MA in Development Studies, UCD, supported by the Irish Aid Fellowship Training Programme. A former Juvenile Justice Programme Officer with Save The Children, Agnes now works as the National Technical Advisor on Orphans and Other Vulnerable Children in Uganda. She also chairs an Alumni group for Ugandans who studied in Ireland, which she founded in 2008. Here she outlines her experiences and explains more about the Alumni group. 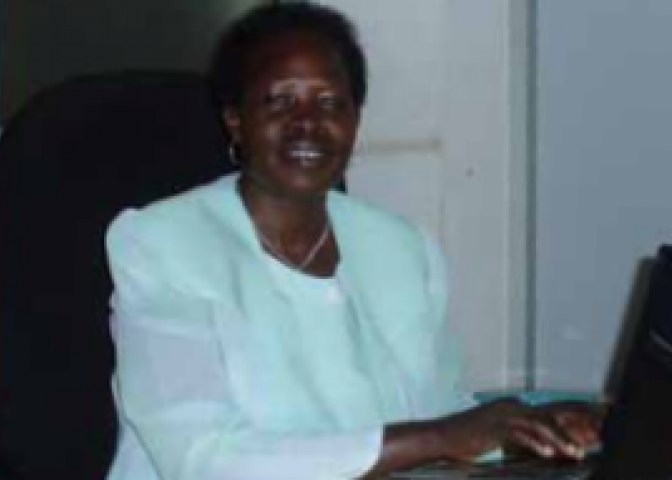 Doing my masters degree at UCD enabled me to work with some of the best minds dedicated to development research. I gained a lot from this association – particularly the support I obtained from my lecturers. My study in Ireland has helped me develop an appreciation of ‘the big picture’. The research work I did in Uganda in support of my thesis opened my eyes in a broader sense as I began to look at juvenile justice issues as a factor of poverty and generally inadequate social protection mechanisms for the disadvantaged children. In my role with Save The Children UK, I recommended a sector-wide and multi-sectoral approach to the problem.

Now, in my current job with the Ministry of Gender, Labour and Social Development, I have huge opportunities to ensure the recommendations of my research work feed into the development agenda. As National Technical Advisor on Orphans and Other Vulnerable Children, I occupy a strategic position to steer policy revision and formulation. Currently I am leading a process for revising the National Strategic Programme Plan of Interventions for Orphans and Other Vulnerable Children. I am also engaged in capacity building for other sectors and Civil Society Organisations in pursuance of a multi-sectoral response. This is key in ensuring that it is holistic and addresses not only symptoms of vulnerability, but most importantly, ensuring interventions are cognizant of the causes of vulnerability of children.

Because of my position, the Ministry of Gender, Labour and Social Development has started to engage Irish Aid in all important decisions regarding Orphans and Other Vulnerable Children. While I was in Ireland I carried along with me an enthusiastic desire to learn all I could and take back home all I could. I benefited greatly from the support I received. When I left UCD, it was with a network of strong and lasting relationships with my colleagues and all the people I encountered regardless of their religion, age, gender, race and other attributes. It is this that inspired me to establish an Alumni association in Uganda, a body through which we could maintain not only our historical record with Ireland but also contacts with academic and other institutions as well as with individuals we have had contacts with while in Ireland. The idea of getting together in the first place was conceived in October 2008 when I paid a visit to the Irish Embassy in Uganda. The first to support me in this plan were Donal Cronin, a former Development Attaché at the Embassy of Ireland in Uganda and Philip Okin, a former Study Fellow. With their support and also with the support of the Irish Embassy in Uganda, I convened the first meeting, which was attended by 14 Study Fellows. The meeting was intended to bring together Study Fellows sponsored by the Irish Government and to get to know who is who and what we are in Uganda. My major intention was that, at the end of the day, I would introduce the idea of forming the Ugandan Irish Alumni Association. Members unanimously declared that by that meeting, an alumni association had been formed and immediately put in place an interim committee where I am the chairperson. The association has since drawn 100 registered members, including those who studied in Ireland in the 1950s. Many more are expected to join as we make the association public.

Agens was interviewed in 2010.